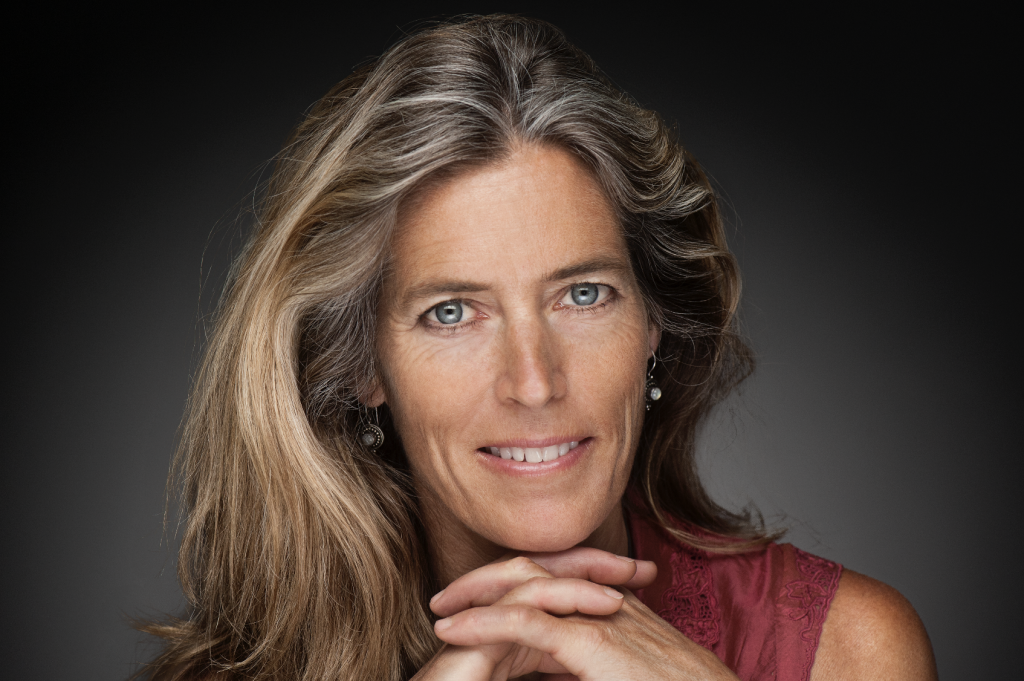 Lynn Hill is a living legend. Few have accomplished an athletic feat more than a decade before anyone else- man or woman. Lynn changed the definition of what is possible in rock climbing with her first free ascent of the most famous big wall climb in the world called The Nose on El Capitan in Yosemite Valley, California. Over nineteen years later, Tommy Caldwell and Lynn are still the only two people in the world to have succeeded in making an all free one-day ascent of The Nose.

A natural athlete, Hill has competed as a gymnast and runner as well as a climber. She first roped up at the age of 14 and excelled immediately. By the late 1970s she was climbing near the top standards of the day. In 1979, she was the first woman to climb a route rated 5.12d. Lynn continued to climb routes at the highest standards of difficulty over the years to follow, including being the first woman to do a route graded 5.14 in 1991 – three years before any other woman. In 1992, Lynn was also the first woman to make an on-sight ascent of a climb rated 5.13b.

Hill discovered competition climbing during a visit to France in 1986. She quickly moved into the top ranks and won more than 30 international competitions, including five times at the Arco Rock Master, the Wimbledon of competitive climbing. 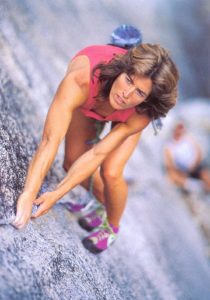 The following year after her first free ascent of the Nose in a day in 1994, Lynn took her big wall skills to the high peaks of Kyrgyzstan. There she made the first free ascents of two 5.12 big walls: the 4,000-foot west face of Peak 4810 with the late Alex Lowe and the Perestroika Crack of Peak 4240 with Greg Child. In 1999, Lynn led a small team of women to the island of Madagascar (located off the coast of Africa) to do a first ascent up a steep, two-thousand-foot wall of granite. This route turned out to be perhaps the most difficult first ascent of a big wall ever done by a team of women (5.13d/A0 5.12c mandatory).

As a part-time resident of both France and Italy, Lynn has become fluent in French and Italian. Her travels have taken her to various places throughout Europe and to remote climbing destinations in Vietnam, Thailand, China, Morocco, Australia, Madagascar and South America.

Among the world’s best-known climbers, Hill has been a guest at the White House and has been featured on numerous television shows such as Late Night with David Letterman, Battle of the Superstars (first place in the 50m swim event against sports stars such as Martina Navratilova), Four-time winner of the, Survival of the Fittest competition televised on NBC Wide World of Sports, That’s Incredible, National Geographic Television, Canal Plus, MTV Sports, ESPN “A History of Women in Sports”, Outdoor Life Network, ABC Sports: “The North Face Expedition Series”, as well as been featured in many publications from Life, Time, Sports Illustrated, Self, Shape, New York Times Magazine, Vanity Fair, Vogue, in addition to gracing the covers of the best known climbing and outdoor magazines such as Outside, Climbing, Rock and Ice, Vertical, Mountain, Desnivel, and Montagne. Lynn has contributed essays in books such as, The Meaning of Life, Voices from the Summit, Fifty Favorite Climbs, as well as co-authored her own story titled, Climbing Free: My Life in the Vertical World (published by W.W. Norton). Lynn is currently working on a climbing technique video called, Climbing Free, which includes elements of culture, history, and psychological perspectives that have influenced her evolution as a free climber over the past thirty-five years.

Currently living in Boulder, Colorado, Lynn balances her time between climbing, running, skiing, travels to cool places around the world, and raising her son Owen.

“Lynn Hill isn’t just one of the best female climbers in the world—she is among the greatest rock climbers of all time.”—Jon Krakauer, author of Into Thin Air

How did you start climbing?
I started climbing with my older brother and sister at the age of 14 in Southern California.

What are your favorite and least favorite climbing memories?
I would have to say that my worst memories in climbing have to do with losing several close friends in the mountains, as well as my own near death accident in Buoux, France in 1989.

My best climbing memories are breakthrough experiences such as doing the first free ascent of the Nose in 93’ and doing it all free in a day in 94’ and other breakthrough experiences such as doing my first 5.14 in France on my last day of the trip and my first 5.13b on-sight in the Frankenjura, Germany. This ascent was inspired by my friend Wolfgang Güllich, who passed away while I was climbing in Germany after a fatal car accident that same week.

What would keep you from climbing? What would you do instead?
Surfing would be fun. It is a lifetime sport—no matter how old you are or how bad your elbow tendonitis is… But I really haven’t found any other activity that I would want to do all day like I do climbing. Climbing is appealing for so many reasons… the lifestyle, psychological aspects, the people, community and values associated with the beauty of the natural environment.

Read more about Lynn on Wikipedia